9 Countries Where You Can Get Citizenship Through Investments

Recently we are coming across the same question time and again that how can we acquire a citizenship or a second passport by simply making an investment. So we have finally decided to pen down what is the best way to obtain residence or citizenship in another country? How much investment is needed? And what else you need in addition to the capital investment? If you are someone who is also looking for an answer to such questions then this post is for you.

Citizenship is actually a form of a contract between you and the nation state that you are a tax payer and a resident of that state. This forms a formal bond between you and the state that you are a native and the state will come after you in case you need them at any time. In past there were only 3 ways of getting a citizenship! Through birth, residing for certain period, or marrying. Now various countries have offered a new way to obtain the citizenship.

There are various reasons for asking for a second passport or citizenship at some other country. Few of them are listed below.

The first reason for seeking a citizenship in some other countries is people do relocate for the better prospects. They can certainly enjoy few more benefits as an expanded business or anything other than that as per they require.

Dual nationals are given special advantages in terms of paying taxes. They are given special leverages on taxes so they can manage their finances well and more efficiently. For an instance, there is almost zero capital gain tax for someone who has more than one nationality.

The next thing that falls into the list is that you can secure your children’s future by providing them with better education opportunities. There are certain countries that provide better education plans for the children. Like UK, it is much famous for quality education and promising facilities. Moreover, the degree itself obtained from these institutions is quite powerful and can assure a better future.

We all are well aware of the fact that few passports are more powerful than the others in terms of visa on arrival to the number of countries. When you own a passport that is powerful enough to win you a free entry in different countries, you automatically start moving freely globally.

Countries that give Citizenship on Investments

There are certain countries that encourage the wealthy community to start their business in host country. This encouragement is done by providing certain incentives including a citizenship or a second passport for that country. You can also avail these facilities if you too have as much resources as they are asking. Following is the list of countries that offer citizenship by investment, and in the other column it is mentioned that how much funds are required to move you and your family there. Currently there are only 9 countries that offer this facility, but we hope that the number may increase in the future.

Here’s a detailed breakdown of all the investments that a particular person has to make for gaining a second passport of these countries.

Antigua and Barbuda is a well-developed and serene country in Caribbean region. It has a strong passport as you can travel to almost 160 countries including UK, Schengen, Hong Kong without visa. This is one of the main bait that seems lucrative to many high-end earners in the world.

The next on our list is Malta. Malta is offering citizenship to its customers through the direct route of making investments under the program Maltese Citizenship by Naturalization for Exceptional Services by Direct Investment (MEIN). Under this program they are making the process of obtaining immigrations easier for the high-income strata of the society.

You have to make a direct investment of 600,000 bucks in favor of state backed projects in order to win the citizenship in their country. The applicant has to invest an additional of €50,000 for each extra beneficiary that they are taking abroad with them. Additionally, you have to make a donation of €10,000 for the philanthropic or social activities conducted under the government.

Dominica is offering the citizenship in their countries through two routes currently. One route is donating to the state of Dominica, and the other one that they are currently offering is through investing into the real estate industry.

The Government of Dominica changed their immigration policies in the year 1993, while before that it was impossible to win the citizenship without residing in the state. The main benefit of having a Dominican passport as a second passport is that the individual can travel to almost 150 countries worldwide, without having the need of the visa. The countries that offer a visa-free tour to the Dominican citizens include UK, and Schengen region.

Grenada is also offering a second passport or citizenship through the route of investing capital into their country. Currently they are offering two routes for such purpose; one is through donating 150,000 in favor of the state, while the other is through making a direct investment in the real estate industry into the state backed projects. If you choose to win the citizenship through the real estate investments then you have to invest around $220,000.

The benefit of getting a citizenship in Grenada is that they also have a very strong passport, that allows you a visa-free travel to almost 153 countries worldwide. These countries include UK, China, and Schengen states.

The Government of Montenegro has announced the program of citizenship through investments in the year 2019. The amount of investment goes from €250,000 to €400,000 depending upon the area that you are going to invest into. For northern and central region you can invest €250,000 while for coastal regions you would need a sum of €400,000 to invest into the state backed real estate projects.

The benefits of having the second passport from Montenegro are same as those of the others we have discussed before. You can travel to around 135 countries visa free including UK, and Schengen states.

Bulgaria is a EU country and offers the fastest way of gaining access to the EU countries. The applicant has to make a quick investment of €512,000 into the automobile industry, and apply for a PR. It takes almost 6 months to gain the PR. Once the PR is obtained the investor can apply for the citizenship by making an additional investment of €512,000 into the state backed real estate project. The whole process takes around 18 months, while this is the fastest way to reach EU.

Turkey announced the program back in the year 2016 where it was said that any investor making a direct investment into the real estate projects or bank deposit can win turkey’s passport. The investor has to bring in a total of $250,000, while this amount is the lowest for gaining a second passport. The amount was high to sky before 2018, and that was around $1 million which was later reduced.

The benefits are same as you can travel to up to 130 countries visa-free, and you can also apply for citizenship in USA through the E-2 Visa Programme.

Some of the states want you to invest in a particular industry, mostly real estate industry, while many others support the businesses in IT sector. There are few others that do not specify the industry rather they only want you to invest in their country. If you are seeking another citizenship then what is your preference and why? Tell us in the comment section below, and get in touch with us. 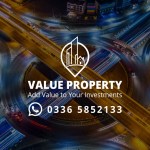 How is Sustainable Infrastructure Development Important? 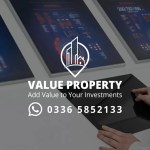