A country’s economy goes through various ups and downs as it is a vicious circle while the roads are always bumpy. Although there are some countermeasures and immediate action plans that can be implemented right away in order to save the sinking economy but the question that has to be answered first is what are the parameters and key yardsticks on the basis of which you term it as sinking. We have elucidated the key indicators of the sinking economy and the factors that can lead to such a disaster especially in the light of what is happening in Pakistan. Also, we have listed the measures that can be followed to boost the economy, particularly real estate and construction industry and their impact on the economy. So without further ado let’s dive into our main topic.

Ever since the incumbent government and inactive premier have taken the office the economy is sinking every day. By looking closely at the economic indicators like the GDP, Per capita growth and others we find that the economy in not doing well lately. For the active GDP growth rate for the previous fiscal year was 1.91% which was far less as compared with the past year percentage of 5.5%. The current downturn, as per the industry specialists and economy experts, is the prevailing market conditions, and several outer aspects that control the economy. For them, the major reasons of the downturn are the hike in oil and gold prices in the international market and several import duties that were added in the previous tariff. This is not all, there are several internal factors that govern the mechanism like import export disparity, current account deficit, and the devaluation of rupee itself.

The economic condition of Pakistan is not very healthy and that is what we have found lately. Also, the system stays much prone and is quite sensitive towards the other market principles as the economic model that we have been following is not much advanced and reliable too. Like there is no proper model or techniques for the revenue generation, and specifically tax collection. Tax evasion has been prevalent in the country for years now and the authorities have not yet made and fool proof mechanism to counter this. Along with that the levy collection on petroleum seems as the best refuge to the government when it fails to generate revenue from other things.

Measures to Uplift the Economy

There are several measures that can be taken to uplift the economy and get the best out of it. Pakistan is one of the very few states that have enough potential to earn the maximum benefits through inside the country. For example Pakistan is rich in agriculture and the land that we have here is also very fertile. Pakistan has the potential to produce tons of the commodities and exprt to get the maximum in terms of foreign exchange and revenue.

However, the biggest element of economic growth is still the market accessibility of the lower class and the potential of all such needs is dire. These elements can be found only in the business types that generate maximum output as well as have a greater impact on the job market. For that purpose the real estate business, particularly the construction industry seems to be the most rewarding one. The answer to how we believe and claim that can be found in the following paragraphs.

Construction Endeavors and its Impact

The construction business is one of the very less businesses that involve much of the market into it and the capital circulation gets maximized through any construction opportunity that is done in a state. That’s not all, it also generates maximum jobs and kick starts the economic activity in whole of the market. Like said, the construction industry involve the material suppliers, sanitary supplies, electrical supplies, skilled and unskilled labor and many other areas into a single project. That’s why it is considered as one of the basic driving wheels of the economy and we believe the same.

Government’s Policies and their Impact

Government seems much keen in providing extra incentives to anyone that is included and involved in the real estate business or the construction business to be more accurate, in any form. The special assistant to the premier in a meeting that was held in the capital told the media that the premier along with the team and cabinet seems much interested providing heavy incentives and go extra miles to lift the industry as it has the potential to lift the economy of the country.

In the light of all this, the government has already reduced the cement prices by cutting down the percentage of FED that the government was collecting to allure more investors come towards the business. Also, the state has made it easy to get the legal paperwork done easily in this regard from various authorities that are governing the whole process. In this aspect, the office of the PM is directly in contact with different Development Authorities including the CDA and RDA to make the process easier for the end user, and also he is directed strictly the Building Commission to not only ease out the process but also  assist the development firm in this process. All these measures will not only allure the developers and business community, especially the developers but also this will help in making the process more transparent.

In lieu of all this government has also taken an initiative regarding this sector that will not only help the business class of the society to lift them up, but it will also help the salaried and low income class to get them their own roof on their head. These incentives will provide the most benefit to the low-tier and also small developers and builders. Let’s know about the program and associated decisions that are said to uplift the salaried or low income class but will also help in improvement of the general economic condition of the country.

Following the mortgage model that is in the force in other developed communities, Pakistani Government has also announced such a program to help the lower class build their own homes. It is actually a JV or you can also say a consortium between the government and the banks to provide loans on easy conditions to the people who want to build their own homes but can’t due to shortage of resources. According to a report, the program is going to benefit most the individuals who own 5 or 10 Marla plots that they can easily construct a unit in the amount theya re going to borrow from the government. To overview the whole process a steering committee is also formed that is governed by the governor of State bank and the presidents of six major banks of Pakistan that will monitor the whole process. The key highlights of the project are,

Lastly, to make the process crystal clear and free from any ambiguity the presidents of different banks have suggested the government to open Construction Infrastructure Development Bank solely for this purpose. Now we have to see whether the government takes up this task at the last few years of the government or they follow the same model that they have made. But in our opinion, whichever model they follow it will have a very fine impact on the lives of people and general economic conditions of the country. 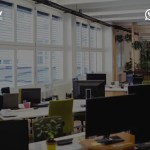 Best Areas to Set Up Your Office in Rawalpindi/Islamabad 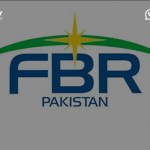