Housing Societies; a Threat to the Natural Habitat of Pakistan

Construction of housing societies are a crucial factor in the economic development of the country but only if they are done after proper planning. Unplanned and haphazard development of housing projects does nothing else, rather than just posing threats to the natural habitat. Forests play a very vital role in preserving the natural climate of a country, while on the other hand deforestation does disasters on the global scale as well as a state’s own self. In addition to these, forests also serve the human beings in various other ways on small and large scale.

This article describes briefly how forests help the mankind, and what benefits they have for us too. And also, we have listed down how mafia is destroying the ecosystem by continuously taking down the infrastructural development projects on the green area, which bylaw is prohibited.

Forests have numerous benefits for the mankind in terms of economic well-being as well as protecting the natural ecosystem. Our planet earth is a perfect amalgam of all these resources and depletion of even one of them may cause harms for the society as a whole. Global warming is also one of the threats that have been aroused due to the on-going deforestation in Pakistan, for the sake of development projects. The international society as per the international summits and conferences also puts allegations on Pakistan and few other under developed countries that these states are responsible for all the global warming that is destroying the natural ecosystem. So, without further ado let’s get into our main topic.

Home for the wild life

Forests act as a natural home for the wild life and they seek shelter in there. They make their homes, and hives within the forests where they can live. The presence of these animals also has a very fine effect on the natural and normal life of the planet. In addition to this, many migrating animals and birds seek refuge in the forests of Pakistan, as here we have quite favorable climatic conditions for life and breading of animals and birds. Once the harsh weather comes to an end these birds migrate back to their home countries. The depletion of forests keep occurring on the same pace, that it is now, then soon these shelter seeking wild animals and their related species will be extinct from the planet.

Not only for the wild life, fishes and birds forests save all their benefits, rather they are also much crucial for the life of human beings on the planet earth. Everybody knows that humans breathe in oxygen and give out carbon dioxide in the atmosphere because this is first standard science. The trees and plants on the other hand purify this air for the human beings allowing them to breathe the fresh air naturally. If however, we don’t pay attention to this serious issue soon there will be a very lesser air quality index, which is happening today, and also we would have to reside to artificial methods for even breathing.

Man’s dependent lifestyle habits make him depend on the natural resources that are found in the habitat he resides in. Wood and pulp are also two major raw materials that are used in the industry in the manufacturing and strengthening of many goods that we use every day. The commodities or products that use wood as a raw material are stationery items, sports goods, paper and glue etc. Any harm to the natural forestation will reduce the supply of this raw material, strictly congesting the lifestyle of many humans.

Continuing Supply of Fruits and Herbs

Man also depends upon the forests as they supply us with the food including vegies and fruits. All we depend greatly on them as they provide us with the herbs that has amazing medicinal benefits. These herbs are used in the allopathic as well as homeopathic medicines which a man resides on in case when he falls sick.

Pakistan is an agricultural societies where major portion of our citizens look up to the agriculture for the sake of winning bread and butter for their families. Also, we have been in continuous struggle of earning foreign reserves in form of the exports that we make in this area. In such a situation, where the majority of the population depends greatly on the agriculture, misusing of green cultivable land can wreak havoc. Any construction that is made in the green area can harm the state in these possible ways, as it is going to have an adverse effect on the economic conditions and foreign reserves of the state, while it will also beat the natural habitat of Pakistan in a non-repairable way.

Apart from that the total responsibility is on the developer of the particular project to conduct in-depth research and submit the same to the government agency. The government agency has then to verify the documents and analyze the environmental impact. After the assessment the agency saves the right to allow or disallow a particular firm to work or not on a specific project. And also the Government Agency is bound to stay affirmed to the standards that are laid and fixed by Federal Environmental Protection Agency.

The above discussion was all about the impact and laws that are there in order to contain the misuse of the cultivable land, however currently in Pakistan the land mafia and construction mafia are fully active that are backed by few officers and politicians doing this illicit business in Pakistan. According to a recent news report almost 230 of such housing projects that are being constructed in the green land are getting their approvals from their respective agencies as per the ordinance that is about to pass from the cabinet.

The operational jurisdiction of LDA has been squeezed from the whole of Lahore to only four main districts, and it is also said that an ordinance called “The Punjab Commission for Regularization of Irregular Housing Schemes Ordinance-2021”, is in the processes of approval after which these housing societies that have illegally taken the green area will have to construct.

However, the promulgation was previously challenged in the court by the civil society and young activists, on which the CJ has remarked that not even a single door or window can be constructed on the agricultural land. But the issue is not just this time LDA making efforts to legalize the solicited projects rather it is the whole of a mindset that is currently prevalent in Pakistan. Likewise, we have seen the similar projects developing in the vicinity of Kasur, Nankana Sahib, and Sheikhupura, where there are almost 600 housing projects currently being developed, out of which more than 60% are present on the green agricultural land.

The illegal construction of housing projects in the green area destroying the natural habitat, as well as the ecosystem is a matter of great concern for everyone. This needs to be stopped right away as Pakistan is facing a lot of difficulties because of it in terms of the destruction of ecosystem, economic wellbeing and also the pressure that we have been facing for causing the global warming. This is the dire need of the hour, and every individual along with the state institutions has to take up the matter and try to put a stop staying within their capacity. 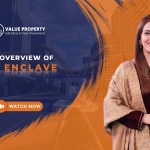 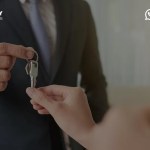 Here’s What You Should Know Before Renting Out Your Property