Impact of Local Events on the Housing Market

Ever since the evolution of mankind, man has been in the constant hustle to acquire land, land that he can use to reside in or just as a symbol of power and wealth. Redesigning of urban areas and greater urban influx has also changed the dimension of housing market in Pakistan from what we had few years back. The launching of mega and flagship projects in the neighborhood has changed the market value of different areas drastically.

We have dedicated todays’ post to the evaluation of market impacts posed on the housing market by all local events that have occurred in the recent past. So, without any delay, let’s start discussing the main events and how they affected the local housing market.

As the name suggests, CPEC is a joint venture between China and Pakistan. It is a mega project worth $68 billion and has commenced in the recent past. CPEC has been a game-changer for Pakistan in terms of economy and has posed greater impact on Pakistan’s real estate market. As CPEC created new jobs and business opportunities, and has opened various doors for the economic growth of the state, it has also redefined housing and residential needs of people. Individuals from every sector have joined CPEC lately and do need spaces to reside nearby to their workspaces. This has created a great boom in the local real estate market. People have started investing in places where there was no economic growth or development in past. CPEC also opened new doors for infrastructure development within the country thus providing an upward wave to the construction sector greatly.

Since the beginning of 2030, it is anticipated that Gawadar is going to have a population of around 3 Million, and CPEC would be there to cater to the needs of the local residents. Moreover, Gawadar is also planned to become a totally gated community with residential, commercial, and entertainment features within. That’s how CPEC has changed the game in todays’ realm.

Roads are an integral part of development and such is the case with Lahore Ring Road. Lahore has experienced a greater boom in the local housing market with the inception of Lahore Ring Road. DHA V, Valencia Town, and many such housing societies are there due to the connectivity that L-20 provides to them.

After Lahore Ring Road, RDA has also announced similar road connectivity in town for Rawalpindi. The formal operation of the mega project has not yet started and still the market has started facing a greater boom. Societies like Blue World City, Rudn Enclave, and many have been there due to its endless features. It won’t be wrong if we say that local events do pose a greater impact on the housing market, as it is evident that places where there was no population a few years back, now the land sold there is measured in Marla, and yards.

Gandhara was a name unheard and unknown to many. No one of us might have heard this name if we were asked 2-3 years back, but now with the inception and operation commencement of New Islamabad International Airport, we are all familiar with this name. This is the power of local events that we are trying to establish. Mumtaz City and Top City – are a few of the examples to be shared, that experienced a greater boom because of the airport.

Effects of Political News on the Housing Market

Political instability is unknown to no one in Pakistan. Every day the governments seem to be going or a new government seems to be taking a charge. In such a culture, the real estate market also suffers greatly. Since we have discussed many positive aspects, we thought that we should also discuss a negative thing too for the better understanding of how sensitive real estate market is. A research paper published by Forman Journal of Economic Studies, Lahore, says that the impact of negative political waves is not favorable for the housing market. As the market offers very little liquidity and the business also demands longer financial commitment, thus whenever a negative wave generates in the political arena of the country, the real estate market has to suffer a lot.

As we have seen that the local events do have a higher impact on housing market, it is mandatory for the end users and investors to take every such event into account before taking any decision. In such a matter, an estate agent can help you a lot in anticipating any local event and what impact it is going to have on the market. However, you can also contact us for any queries, just leave it in the comment section below and we will be glad to help you in any regard. 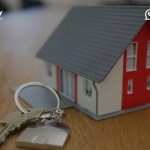 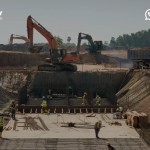