The vows for the launching of e-Challan system, to make Islamabad a safer city for the residents kept chanting for a long time. Recently, we have observed a drift by the authorities who assured the formal launch of these systems in order to curtail any unfavorable mishaps in the city. Islamabad Police in collaboration with Punjab Safe City Authority (PSCA) has launched the e-Challan system by following the similar model that we had already in Punjab.

All these endeavors are carried out by the PSCA and Islamabad Capital Territory Police (ICTP) collectively in order to curb the crimes and decrease the crime rate in the capital city. Allow me take you to the Command and Control room of the safe city headquarters, where there are more than 150 screens attached all over on the walls of these rooms, and all of them are showing live stream from different parts of the city.

The project is run by deploying a total of 8000 cameras and 400 additional force staff, at around 170 different locations all around the city. This project is a part of ongoing police reforms and transformation carried over throughout Pakistan. And it is also anticipated that this project is going to influence a lot on the safer and more secure lifestyles of the citizens of Islamabad.

The project was conceived and initiated to curb any unfavorable mishaps, crimes and terrorist activities in the Islamabad. The government of Pakistan in the year 2015 passed an ordinance that lays the foundation of Islamabad Safe City Project. After the significant terrorist and other criminal activities in Pakistan, and specifically in Islamabad, the state bodies and authorities seemed a little more inclined towards doing something real in order to take counter measures to contain these criminal activities. Huawei was and IT and Electronic brand that was handed over the flag to lead these endeavors.

The Islamabad Safe City project ensures that the any criminal activity will be deterred before even taking place. Additionally, the installed systems are capable enough to provide traffic data, criminal records and improved coordination in case of any disasters. All of this is done through advanced equipment that the police own including surveillance cams, mobiles, wanderers, facial recognition systems, data bases, drone cams, apps and intelligent systems.

What data does Safe City collect?

The safe city system is a multi-purpose project that is working under the direct surveillance of the state bodies. The project originally relies on the formal documentation done through Electronic Data Regulations, 2016 while the revised version that sets up its foundation is the Data & Privacy Protection Procedures (DP3) formulated in the year 2020. The types of data that it collects is,

All of this data will be used by the authorities under safe city project to curb the crime rate, maintain the flow of traffic, provide better coordination in times of emergency and regulate traffic through electronic challan system that will issue tickets without much of human efforts under e-Challan system.

Will Safe City Work in Pakistan?

This is a very tricky question that arises in the minds very often. Keeping in view the past endeavors of the state it doesn’t look like the authorities are working diligently and putting the wholesome efforts in it, while this doesn’t seem like a similar case in Islamabad safe city project. The system is already doing great, we say this because of the report published by PSCA that says 1.98 million e-Challans were presented to the traffic violators in the year 2020 that grossed an amount if PKR192.73 million paid to the government, which is much of the revenue collected through challans.

However, the untrained and unprofessional usage of the system will pose great threats. The state is working on it and arranging various workshops and seminars for the training of staff to get the full advantages from the equipment and installed system.

As far as the real estate industry is concerned, the safe city has made a larger impact on it. Individuals residing in Islamabad are feeling safer as the project is already doing great in terms of recognizing and locating any criminals from the database. The feeling of this safety has also attracted many people residing in different cities of Pakistan towards Islamabad and they tend to relocate to it.

This attraction has enhanced the market within Pakistan, while the prices have seen a great spike in the past. We believe that as more years will pass and we will have more data issued by PSCA, these hypes will keep increasing, since it’s just the third year the authority is in the business.

The safety and security of a particular city specifically recorded by safe city index is considered authentic, and is trusted by many across the world. After the commencement of safe city project, the capital city of Pakistan, Islamabad has managed to move 5 places up in that index. This is also a good indicator in terms of attracting new residents towards the town.

Safe cities are proved as one of the huge achievements of human being on earth, but the cost that the citizens have to pay for this is not less. They pay daily in terms of the operational costs and also the compromises that they make in terms of their privacy breach. However, it will be too early to call anything, rather waiting for the indexing to report the exact situation seems a little more suitable. The real win situation would be if we get to manage the domestic investments, keeping them contained into the city. Likewise, to attract the international clientage and foreign investments in terms of foreign remittances and revenue generation is highly important for the country’s GDP to grow. We anticipate that these projects like the one carried out by PSCA including e-challan and Islamabad Safe City would do great in this regard.

The major thing that we have now is how the cameras, recognition systems and sensors will recognize objects and actions as “safe” and “threats”. And how are the same bodies going to serve justice and security for everyone. But one thing that we know for now is that the setup will definitely bring a sense of safety and security in the community.

Please shoot your queries if you have any, our expert team is always there in your service to serve you in any regard. 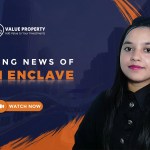 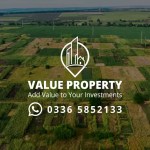 Land Grabbing in Pakistan; a Guide to Prevention & Cure