It would not be wrong if we say that Karachi is the sole bread winner of the country. The city that is considered as the heart and blood of Pakistan has been destroyed by the ill public policies and urban housing planning. The city is known for the industrial activities that are carried within the state. Similarly, the significance of the port that’s located in the city can never be undermined as it connects the state with the outer worlds and allows the trade to take place. Such business activities do have their pros and cons or the citizens and also for the infrastructural development of the town itself.

However, this should not be considered as a constraint in the development chores of the city. Karachi has remained under the rule of mafia and dons for a long time and the governments that ruled the city were also chosen by them. This made an adverse effect of the health of the city as they were all just interested in looting the economic hub of Pakistan and no one seemed moved towards the development and uplift of the city itself.

Why is the Karachi Transformation Plan Necessary?

As said, Karachi is the main economic hub of the country as it has the maximum potential for earning capital gains through international trade. Also, the availability of one of the very few ports in the country makes it eligible for conducting the international trade through its domain. Where all these benefits make the city shine bright, at the same time it also makes it more prone towards the criminal activities. The government, whatever was chosen by the people, came only with a single motive and that was to loot the city, and fill their own bank accounts. Despite the fact that the city held the utmost significance not only for Pakistan, but also for the region, no government or private entity seemed interested in development of the city to the higher tier.

Secondly, as the city is known for the trade and business activity that are conducted all from within the territory, it attracts people from all over the state to move to the city in search of better employment and business opportunities. That’s a reason why Karachi faces a good very number of emigrants and the influx keeps increasing on daily basis. From the individuals who shift here as a result of urbanization very few get better life opportunities, while the rest still seem reluctant to move back to their hometowns. This is also creating a threat as the housing issues, and lack of accommodation are making the condition worsen.

Thirdly, the road infrastructure of the city has not been well planned in the very beginning as is not enough for holding this much of traffic load. In fact the system that was already built has not even been improved and no addition whatsoever has been made in the city’s master plan since then. This also jeopardizes the daily activity, be it civic or economic.

Lastly, drainage and sewerage system of the city isn’t made with any proper planning and is not sufficient for holding this much of population. Due to this the system overflows every now and then and the worse happens in the times of monsoon. The city fills with water and presents like a lake or a pond whenever heavy rainfall hits the city.

Reconstruction of the City Under Karachi Transformation Plan

According to a recent survey conducted by the government bodies almost 1.6 crore people reside in the city of Karachi. Yes! We have not included the peripheries or the outskirts; this figure is only living in the formal territory of the city itself. Keeping this in view, the premier in coordination with the economic council presented a plan of around 800 billion for the transformation of the city. However, the budget was later increased to the figure of 1.1 trillion in order to comply and hear to the very grass root issues faced within the city.

As the name itself tells that this is a brief infrastructural development plan that has been laid in order to respond to the issues faced in any area of the city whatsoever. The plan has projects related to the housing, transportation, sewerage, drainage, water and power supply and what not. Rest to the article will briefly describe what is included in the plan.

Projects Under the Karachi Transformation Plan

Up Gradation of the Karachi Port

Karachi has the finest port in Pakistan, which has a size of 32 km, and has a totally natural harbor. This is one of the rarest forms of the ports available in any country of the world. The port’s significance can’t also be diminished as the number of berth and wharfs it has are 41 and 8, respectively.

The premier has shown interest in the uplift of the port as it is widely needed also in order to comply with the requirements of CPEC. Government has already started working on the project first by introducing automated ship lift and transfer mechanism that will be able to hold 12 ships and 7400 tons of the carriage that the ships would be carrying.

Since the port is one of the very few entities that are able to hold and earn good foreign revenue in form of foreign trade, the PM seems interested in introducing yet another automated system that will make the business carried out on the port easier and more convenient.

Although we have seen the premier discouraging the metro buses and transit systems every time we see him on the screens, this is now when he has learnt that how important these roads and buses are for the smoother conduction of everyday civic and business activities and we also hope that this shall be true.

Knowingly, the project is already under construction since 2016, and has not yet been completed. It is unable to say that whether this is due to the inefficiency or lack of interest of the government, inability of the contractor firm to work, or corrupt mafia governing the whole process, but the 35 km simple bus track has taken almost 5 years and has not yet been completed.

However, this time the federal minister has promised that the project will be functional to its full force and capacity before October, and we don’t have any other choice then trusting him.

Rebuilding the Drainage and Sewerage System

As discussed earlier, one of the major issues that Karachi faces these days is the improper drainage and sewerage system. In the recent monsoon spell we have also seen that the sewerage line overflowed and the water was all around the civic centers. The government has taken notice and they are about to start revamping of the system on earliest possible dates.

In addition, the state authorities have also notified the provincial bodies to improve their structure in order to combat any such unfavorable situation that arises in this regard. They have also directed them to employ more modern techniques and hire more manpower in order to counter these situations and make Karachi operational again.

Another issue that Karachi faces is the inefficient supply of water. Since we find the salt water everywhere in the city and that cannot be used for the domestic purposes. Reverse osmosis plants are required to make the hard water convert into soft water that can be used in the household chores. In this regard the project has been under construction since last two decades and now government has ensured that they will expedite the process.

Moreover, the amalgamation of sewerage lines with the fresh water supply lines are also causing a great threat to human lives of the citizens of Karachi, the government has also ensured that the lines will be reconstructed in order to curtail such nasty situation in the future too.

Last but not the least, as known the city of Karachi is the industrial hub of the state and also known much for the conduction of international trade through its territory, the locomotion is one of the prime things that we need for the smoother business operations. For this purpose the government has decided to build a 50 kilometers long double railway track so that the business in the future can be done more conveniently.

Since Karachi holds a very significant position in Pakistan when it comes to earning great foreign revenue by virtue of the trade capacity it has, the upgraded and advanced systems is the utmost necessity of the city. The incumbent government has taken the charge to lift and build for the sake of better business and civic quality and we have already started seeing the pace. The current business year is much important for the development of Karachi, fingers crossed. 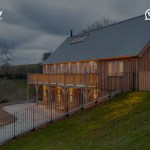 The Pros and Cons of Constructing on a Sloped Land 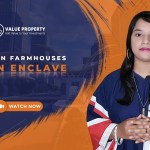