Land Grabbing in Pakistan; a Guide to Prevention & Cure

Land grabbing is practice of illegally and unlawfully occupying a piece of land that doesn’t belong to you and you don’t even have any right on it. This practice is there for almost centuries now. During the initial years of human evolution, the hunt and gather, pastoral and horticulture societies were into the similar practice of owning land by the use of force. As the time passed, and human became more and more civilized this practice was reduced to none.

Ever since the inception of Pakistan, the society has seen such culprits who are into the business of occupying land unlawfully that doesn’t belong to them. This is an organized crime, and the culprits behind this illicit are often the elitist and colonial minded people. The organizations are run by them, while they also have employees employed for performing certain tasks. Recently, as we have seen the spike in real estate value, these land grabbers have also started coming out of there comfort zones and are back into the business.  The mafia that is into the illicit business of land grabbing in Pakistan is known as the Qabza Mafia in the local terminology.

In today’s post we are going to draw a complete chart of how this ill practice of land grabbing in Pakistan is slowly destroying the social fabric of Pakistan, and how it is take lives of the poor class in Pakistan. We will describe the government’s role in establishing the courts to settle land grabbing cases to curb this menace, and also what is the legal action you can take to counter this land mafia if there comes any. Read through the lines to know more about the business and the counter measures you can take.

The reported cases of land grabbing in Pakistan are continuously increasing that too within specific regions and certain areas. It is believed that the hiking prices of lands and loopholes in the laws are responsible that these things are so pertinent these days. Also, the inclusion and involvement of law enforcement agencies, and other state bodies into this malicious business is also responsible for why no one is ready to take counter measures to eradicate this menace from the society.

Every day we are coming across the news that someone has committed suicide while running after their case of land grabbing, while the courts do nothing rather than delaying their judgments. The organizations do work in disguise, and appear to be normal law-abiding citizens until they are caught involved in any such activity. Lately, in Islamabad we have found in a report that the land grabbers are actively involved in 10 specific areas, conducting this business. The most painful thing about it was that the enforcement agency weren’t ready to take any bold steps; despite one of these 10 locations was Banni Gala where the Pakistani premier resides.

This group was pretending to be a property dealing company while they were involved in the illicit business of grabbing lands from the poor. They used to identify the lands and land owners, and threatened them to sell at cheaper prices. They also had number of goons and henchmen to conduct such criminal activities for them.

Such groups have contacts in Revenue and police departments that help them in smooth operation of their business, by helping them making forged documents and police not registering FIRs against them.

There are various factors that are involved in rising land grabbing in Pakistan. Some of them are very obvious while others have some hidden motives inside. The main factor that is involved in this business is the rising prices of land that allures and attracts the criminal to occupy the pieces of land unlawfully that doesn’t even belong to them.

The other reasons may include that the land is also getting scarce in the metropolitan cities. That’s why people tend to gain land illegally. Another thing that adds fuel to fire is the urbanization; people from outskirts move to the urban cities for better future prospects, resulting in the shortage of land. This excessive migration makes the illegal disposition of land more come in urban hubs.

Prevention is always better than the cure. That’s why we always recommend preventing the land grabbing. The counter measures that you can take in order to avoid any such situation is that you should never leave a plot empty. At least construct a wall around and build a gate. This marks your possession on the land and you won’t have to suffer any such loss.

The next thing is keep your taxes, and dues paid, and also keep the original documents, tested and verified with you all the time. Don’t become lazy in doing the paper work. Incomplete or inaccurate documents of any property may lead to an unfavorable situation as it leaves a lacuna that the mal practitioners can misuse.

Measures by the Government to Contain Land Grabbers

There is good news that the government has started taking keen interest in setting bars higher for the land grabbers or Qabza Mafia. The Punjab police in collaboration with the revenue department have established a cell called anti-qabza mafia cell in order to eliminate the land grabbers from the province.

Under this program the 1272 helpline is also established that will respond immediately to any commission of crime related with land grabbing and the top-cop is quite confident that any mishap if happens the team from 1272 will respond immediately and the case will be resolved within 72 hours of the complaint. Special courts are also established under the same cell to expedite the whole of the process. 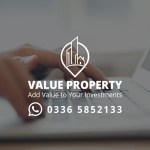 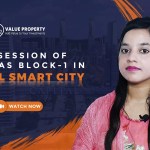