Low-Cost Houses in Islamabad; an Initiative by CDA

As we all know that the incumbent government has announced a great program for the low-income strata living in the citizen. The pilot project, Naya Pakistan Housing Project (NPHP) was announced back in the year 2018 to help the citizens with low income in building affordable houses for them. The premier in 2018 announced a master plan of building around 5 million low cost houses that will later be allotted to the residents of Islamabad on the basis of their income.

This project is of greater importance for all those who had a dream if building their own roof that looked as something unattainable. In the first phase, the government has started constructing and developing affordable houses in 7 districts of Pakistan. The Federal Cabinet has already started dispensing the necessary funds, and infrastructure development has fallen into place just after the authorities started distributing the funds.

The program, being a pilot project of low income housing in Pakistan, is run under the constant and strict surveillance of the government, and they are taking some serious actions in order to make the benefit reach to the neediest ones first. Government has also taken the finest organizations and private firms like FWO and NLC on board for the swift and brief conclusion of the program. The information can be double checked from CDA Islamabad’s own website at any time.

The other day it was also announced that the government has partnered with CDA and SBP to initiate the formal work in the federal capital of the state. Since, the government is also providing homes to the underprivileged section of the society in other 8 districts of Pakistan including Attock that is not so far from the capital, they should also look towards Islamabad. A general perception is there that the low income class is not much in number in Islamabad, but this is not a correct statement to make.

Keeping all this in view the government has decided to build a total of 4400 low-cast and affordable houses for the residents of Islamabad in the first phase. After the successful completion, the government does seem interested in increasing the number but for now this is what announced by the authorities themselves on the official website of CDA Islamabad. In that regard the land has been acquired in the Alipur, Farash town to start working on the master project.

For now, government has announced the distribution of small units of sizes between 3 to 5 Marla, and the total number is not exceeding 4,400 units in the first phase. You are also recommended to download the forms from the official website and submit the filled ones on your nearest desk established at different banks. The government has seriously directed all the commercial and public sector banks to establish segregated counters for the swift operation of the project, while the banking officials are directed to facilitate all these visitors on priority basis.

If you have any queries regarding NPHP or CDA low-cost affordable housing project, you can consult us anytime. Send your messages as a direct message or write your queries in the comment section, one of our experienced and diligent team members will get back to you on your queries. You can also call us directly for any real estate queries or consultation if you require. we will be more than happy to serve you in this regard. 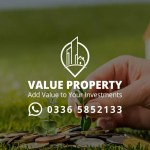 Plot or Apartment; What is more Profitable Investment? 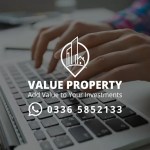