Punjab, specifically its provincial capital Lahore holds a great economic, historic as well as cultural significance in Pakistan. Also, the city is also known as the economic center of the country and a large number of individuals move to Lahore every day with big dreams to mark their success in their eyes. Lahore has a huge job market and people from all over the Pakistan tend to move towards this economic hub to seek employment opportunity. Owing to the great velocity of urbanization, this is also a reason for some big problems that have been faced in the town. The issues regarding housing, traffic as well as parking are increasing everyday thus posing new hurdles for the pursuit of happiness of the residents of Lahore. In order to curtail such an unwelcomed situation the Lahore Development Authority (LDA) has taken the decision to start 6 mega development projects in Lahore.

As discussed few days back that the CM Punjab has been proposed with the new master plan of Lahore for the year 2050, and it is anticipated that the project will be delivered no later than 2050. These 6 development projects may also be included in the mega development plan of the city. Traffic has been one major issue in the city and the authorities are seen leaving no stone unturned to counter this problem by making bridges, flyovers, underpasses and the carrying out of projects including widening of roads etc. The master plan and its development projects have the PC-1 approved from the cabinet and the tender and other legal procedure has also been completed. This is to be mention that these projects are also in the plan phase while the rest of the procedural code stays there waiting anxiously to be taken into account.

The prime concern for the authorities as well as the residents of Lahore is the traffic jams and undue blockades especially at the time of peak hours. This is something very serious as it jeopardizes everyday activity of the residents and that’s not the only issues, it also slows down the business activities and stops any emergency services like ambulances and fire extinguishing services.

In order to curtail such bad situations the government has decided to start first by taking measures for the smooth movement of traffic. And, this is the reason that the six development projects which are kick-started include flyovers, underpasses, signal free corridors, wider highways, and parking plazas. The rest of the business is said to be started after the successful completion of these projects.

The six projects that have been initiated, or you can say planned are the following that are about to begin developing till the first quarter of the next year are tabulated below.

The name of projects and the estimated total cost are mentioned against each, the total cost that the government will pay is around PKR 22 billion. Since the project is a part of a mega development program, hence it is taking longer than usual to scrutinize and award of project and dispense funds. However, by the end of this year, or the start of the next year it is hoped that the projects will be awarded to their respective developers and the finances will be dispensed to start working and deliver the project on the earliest possible date.

Now, let’s discuss the scope of each project one by one so that the readers would get a better understanding of what their government is doing and how is it going to benefit the people in broader spectra.

Project Type: Construction of a Flyover

The walled city of Lahore has 13 gates that were built in the Mughal era in order to protect the city from any outer forces that may invade with ill intentions in the city. The modern city may be quite far away from the walled city, but the fact is every day a great very number of vehicles pass through this single road. This is due to a greater economic activity that is being carried out from the walled city. The traffic congestion and jams have become a routine at this specific point due to haphazard movement and ill-disciplined driving of the drivers. That’s why the government has decided to make a flyover at the roundabout for a smoother and more convenient flow of traffic.

Project Type: Construction of an underpass

Gulab Devi hospital is located right in the heart of the city, and also this won’t be wrong if we say that this is also the main artery of the city. The traffic that enters and leaves the country has to pass through this road and also it is used for the local mobility as it connects several markets and the residential societies in the city. That’s why the number of vehicles exceed the total limit that this road can cater, and hence the traffic congestion is felt all day and especially at the time of closure of markets and offices. The LDA is all set to start developing an underpass in the area with immediate effect.

Widening of the Ferozepur Road

Ferozepur Road is one of the very busy roads of Lahore and serves as the heart and blood when we talk about the connectivity it provides to the residents. The road is being used for the inter-city travelling as well as locomotion within the city. It has also evolved as one of the busiest roads and that’s why the government has started to rebuild it with adding new lanes.

Project Type: Construction of a flyover

Shakam Chowk is also one of the busiest roundabout in the city and that’s because it connects various major housing areas. Bahria Town, DHA, and Valencia are all approached through the roundabout and traffic seldom gets stuck while taking turns here. The novel flyover is said to lessen the traffic congestion and ensures a seamless driving experience to the traffic going towards thokar niaz baig and canal bank road.

Underpasses at the Mall

This is the biggest project of them all by cost and magnitude and all for the right reasons. The Mall road is one of the busiest roads that interconnects city to the outskirts and also with the neighboring cities. Apart from that, governor house, Punjab House, Anarkali bazaar and various other famous building that attract thousands of people towards them daily. The said project of constructing 6 new underpasses on various locations is hoped to lessen the traffic congestions on the main road and allow the passerby to drive smoothly and hassle free.

Project Type: Construction of underpass and a flyover

Barkat market is one of the busiest markets of Lahore where shoppers are interested in visiting very often to shop for what they need. The market is known for food junctions and also for the couture. That’s a reason why everyone wants to visit barkat market and hence the traffic blockades rise to peak in busy hours. In addition, the road also leads further to Karim Block and Iqbal Market that makes it busier sometimes. The sustainable, and environment friendly structure that is being made here is all set to ease out the residents in every possible way in terms of driving and reaching somewhere in lesser time.

Investors Benefits in these Areas

Since we all know that the announcement of such mega projects is a rare thing in Pakistan but whenever they are announced they have a very fine effect on the real estate market especially in the nearby areas. Same is the case with these projects. Investor community is seen rushing towards these projects and the prices are anticipated to skyrocket in the future. The best option that we have found so far is the Zaitoon city that is going to do wonders on the canvas of real estate infrastructure development in terms of giving away highest ROI in the town.

If you are someone who also wants to know or invest in this area then this we believe is the best thought that you would have any day. Contact us through the contact page or call us directly on one of our numbers to know more about the real estate options nearby where you can invest your capital and get your return multiplied. 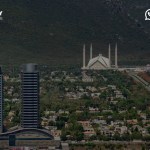 Where to Invest Near New Islamabad International Airport 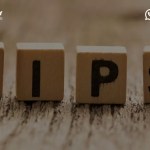