Minimum Wage in Pakistan; an end to Exploitation

Minimum wage; a term that may be unheard and a concept that may be unknown to many in an under-developed state like Pakistan. A state where there is poverty looming through the windows, where there is saturation appearing in every sector of life, where the aristocrats are in constant power; in such a society the idea of minimum wage may appear bogus and vague to the citizens. However, the state and the authorities are in constant struggle to end this decades long exploitation and set a minimum wage for protect the skilled, and unskilled labor force working in any sector or industry. This has also been backed by the budget that we get every year, but unfortunately that seems so meager like a white sheet of paper only.

Minimum wage is a state approved amount of money that is to be paid to any human; you have employed to work for you. It is also the bare minimum that you are ordained to pay to the laborer that you have hired, even from the road side or from any platform whatsoever. If you are looking for the minimum wage rate, policy and structure in Pakistan, then you are at the right page. Keep reading through the lines to know more about the subject. So without further ado let’s start the formal discussion about Minimum Wage in Pakistan.

Understanding the Concept of Minimum Wage

As said, minimum wage is the bare minimum amount of money that has to be paid to the individual that you have hired. This is the obligation of any firm or individual that has bought the services from any skilled or unskilled laborer to pay this amount, and the laborer is obliged not to sell his services to the employers in less than this amount.

The minimum wage is set as ordered by the provincial government for various provinces, while the federal cabinet approves the similar rate for the federally administered areas. This means that the minimum wage rate in Pakistan in backed by the proper legislative body and the cabinet to bring this under the umbrella of formally written law of land, and any organization, individual, or a firm that doesn’t abide by it does violation of law and is punishable as per the law of the state.

Like we have already elucidated the concept, rate and policy of minimum wage in Pakistan, we also mentioned that the federal cabinets and provincial cabinets stand responsible for setting, implementing, and protecting these rules for the citizens of their provinces and federally administered areas respectively.

For many years the minimum wage rate in Pakistan was PKR 16000 which was now finally revised by the federal government. Since the novel budget for the fiscal year 2021-22 has been approved by the federal cabinet and the premier seems much interested in emphasizing on the uplift of this stratum of the society. The minimum wage rate for an unskilled laborer is raised to 20,000. This may seem quite meager but it is still better than various governments.

In Punjab, the provincial cabinet led by Mr. Usman Buzdar, Chief Minister has also revised the rates of minimum wage in Punjab. The rates have been revised to PKR 20,000. Additionally, the cabinet has sanctioned multiple grants and revised their rates altogether, like death grant of PKR 6 lac has been approved, while a marriage grant of PKR 2 lac will be given on weddings of the labor class.

The Sindh government has set the maximum rate of minimum wage against whole of Pakistan, and that is PKR 25,000. And the rate is almost 20% higher than rest of the state.

While, the KP government like always is little behind the country and has not yet announced their budget for the fiscal year 2021-22, but it is anticipated that the rate will be no less than 21,000/=

The Minimum Wage Model in Pakistan

Minimum wage model in Pakistan is quite identical to the one that the British Government had way before the inception of Pakistan. The model has been into place in various or almost every state of the world and proves as a counter measure to protect the rights of labor class against any form of exploitation. As said, the model is state-oriented and is backed by the law of the land that means if an employer fails to pay for the services equivalent to the minimum wage rate, they stand punishable by law.

Also, this model has a very positive impact on the general economy of the state as the capital flows to the hands in grass root level. This circulation of revenue plays a vital role and proves as a crucial thing for the various sectors of the industrial development.

Lastly, minimum wage rate as the name suggests is the bare minimum or you can say the threshold below which you can’t and shouldn’t pay your employees. But this is no obligation that you can’t pay more than this; rather it has been observed that paying higher than the bare minimum makes employees more energetic in their job, and the production capacity increases automatically.

Here’s everything you needed to know about the minimum wage rate, procedure and model in Pakistan, if you still have any queries or ambiguity in your mind you can leave them in the comments section below. Our expert team is readily available to respond to your any query. 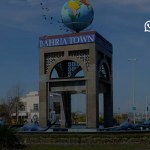 How to Beat the Heat This Summer in Bahria Town, Rawalpindi 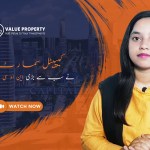 Capital Smart City has Got NOC for Extended Area