For the past few years we have been continuously listening how FATF has been alienating Pakistan over the meager transaction issues. Actually FATF or Financial Action Task Force is an international watchdog that is keeping a strict eye on all the foreign as well as local transactions happening in Pakistan. FATF has kept Pakistan on the watch list due to certain reservations that it had for the AML/CFT in the country. The allegation was that Pakistan is supporting and funding terrorism that may be monetary as well as including physical violence. These reservations that they had, had a strong backing that majority of the financial transactions that were going in the country had no record. Money without money trail is a big threat for not only a country’s economy, but also for the safety and security of the citizens. This was not all, this paperless and undocumented economy also posed great threat to the world and that’s why FATF has strictly implied the state authorities to make immediate efforts in order to curtail the prevalent situation.

In the very beginning when the process of documenting the economy, as well as to digitalize the channels we observed a great hue and cry in the public sections. This can also be a result of how ignorant the nation is to know what good benefits they are going to get out of it. The nation since now is on the grey list of the watchdog, and was at the verge of slipping on the blacklist. If (God Forbid) we fall in the blacklist then the world would not be doing trade with us like they are doing even today. That’s why government had to devise strict policies and deploy them to bring the businesses under tax umbrella and also have a proper documentation of every buck that they have. Also, in many sectors of the business and trade, the government applied the techniques of alluring the businesspersons to get things done as per their own whims and wishes.

Real estate sector is used as a very fine device for all the money laundering that is being done in the country. The reason to this was that the transactions that are done in this sector as a result of sale and purchase of immovable property has a very high volume, while there is no other business in Pakistan that has such a huge volume of transactions. So, if you are a realtor or a real estate entrant who wants to know the implications that their real estate dealers business would face if they do not register themselves as the FBR has directed the real estate dealers to register their businesses, then this is the right post for you. Keep reading through the lines to know every thick and thin of the cause.

Importance of Registering Your Real Estate Business with FBR

The Federal Board of Revenue is the state level institution that is currently working in Pakistan with the charter to record, regulate and collect revenue transactions in the state. Recently, the board has signified the details against the property dealing or real estate business registration with the FBR.

Since ages the techniques of investing and getting capital gains from the real estate is used as a greater technique for money laundering as there were no state machinery or devices to record and administer these transactions. But now, the state has introduced the digitalized land records that will ensure the recorded business done in this regard. Also, the property dealers and the realtors are directed to report and register any transaction above 20 lacs that has been done through them.

In the past the revenue generation, collection and regulation were all sale based and no prior record was maintained on the services that the professionals have provided. But from now onwards, the state authorities and bodies made in this regard have taken the decision to bring all of such businesses who were once a part of Designated Non-Financial Businesses and Professions (DNFBPs), including the lawyers legal advices, accountants and notaries services bring under the tax umbrella and formal business documentation.

Furthermore, the real estate businesses were also included in the list and the realtors that are involved including developers, marketers and brokers have been directed through proper channels to get their businesses registered formally under FBR and SECP.

According to this rule, another obligation that now falls on the businesspersons and especially service providers is the scrutiny of the clients. That means that the service provider who is contacted by any mean for a service that he requires must be first scrutinized by the service provider under Pakistani law as a preventive measure to curtail any unwelcomed situation in any regard.

We appreciate the government of Pakistan for taking these holistic measures in order to contain the money laundering and counter financing of terrorism that was going on in Pakistan. These measures that are taken by them will not only reduce the crime rate and terrorism activity throughout Pakistan, but also it will have a very fine effect on the overall economic conditions of the country. It is also hoped that by such measures Pakistan as a state will have a brighter chance of winning the trust abroad. This will not only bring back the tourism in the country that was long lost, but also it will kick start an era of foreigner’s investments and open new gates for infrastructural development and investments in the country.

Till now, we have started seeing the amazing results of the counter measures taken by the government in the form of the foreign investments that we have started receiving every day, and it is also anticipated that the foreign remittances, just the documented ones are going to relieve the country’s economic condition a lot. 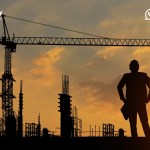 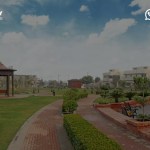