Ever since the incumbent government has taken the charge, we have seen it hustle in order to generate maximum revenue through capital gains, tax generation and other mechanisms. The framework that has been designed, developed, and employed in order to facilitate the citizens and create a fine economic condition throughout the country seems to be their primary objective. We have seen the government announcing various projects under the banner of NPHP to facilitate the citizens of Pakistan, specifically that come from middle class families so that they can build their own roofs on their heads.

However, in the past there was no such facility available anywhere in the state that enables the overseas Pakistanis to buy and build their own back in their hometown. The current government has taken the step to initiate the program known widely in the world as Roshan Apna Ghar which will facilitate the overseas non-residents Pakistanis to safely and securely build their own home back in their country. In the past, the overseas Pakistanis had many reservations, and were not much confident while buying the property here in Pakistan, especially when no one was there to look after their property. Therefore, the government has announced one such scheme to facilitate them in building trust on their government.

Reservations that NRPs had Before

Previously Non-resident Pakistanis had many reservations as they had gone through so much and couldn’t even trust the local real estate system. The fear of their investment capital being lost, stolen, or carried away, plus falling prey to any bogus scheme would create much of the mess for them and that’s why we couldn’t attract them to invest into real estate sector in Pakistan.

It is a dream and will of almost every overseas Pakistani to invest into Pakistan’s market or even just purchase a house for them, and this is quite legit. After years of struggle that they do overseas staying away from their families and loved ones they at least deserve this much for them and their families.

Also, another issue that was being faced by them according to an overseas Pakistani was that they couldn’t freely use the banking channel for all the transactions they had to make and using any illegal or undocumented mean for the transfer of payments would make their money vulnerable to threats. These issues of them have finally heard by the state of Pakistan and they are doing all out efforts to invite overseas Pakistanis to invest into Pakistan’s market.

A New Scheme by SBP

Few days back the government of Pakistan with assistance from the state bank of Pakistan has announced this facility for the non-resident or overseas Pakistanis through which they can also buy homes for them in Pakistan staying abroad. Yes! You heard it right. If you are an overseas Pakistani and want to buy property here in Pakistan you don’t even have to come to Pakistan. The government is doing all out efforts in order to make this process smoother and safer for the expats. Raza Baqir of SBP has announced in a meeting that all of the process can now be done and supervised digitally where the payments can also be made digitally without having to pay any more taxes than usual. He also took the opinion that all the major stakeholders in this project are working hard in order to ease out the process of purchasing property in Pakistan for the overseas Pakistanis.

Moreover, the financing scheme is not only there to help the overseas Pakistanis buy land and build houses, rather this facility can also be availed in order to get your house renovated. You can get a sum of around 30% of your home value for the sake of renovation of your old built house to make it more alive and fresh.

Under the current tax regime improvement system announced by the government, it is said that the scheme will further have two types of finance systems that will be introduced to leisure the overseas Pakistanis in this regard. Also, another thing that is worth mentioning here are that the scheme and every product that is announced under the scheme is said to be one hundred percent halal and shariah compliant. This removes any ambiguity that anyone would have before applying for or availing this facility for them.

Also, the payback period that has been set is quite beneficiary for the individuals who are looking for one push to get them into the mechanism. The SBP has said to get the payments back on very easy installments and friendly rates; however the period for payback will be 3 to 25 years. Since the launch of the product and this mechanism as a whole the SBP claims that they have attracted almost 220,000 expats to join the commercial banks and also they have successfully collected a revenue sum of around $2 billion.

Government has announced various products under Roshan Apna Ghar Scheme for the expats to have the joy of having or building their own homes in Pakistan. Another product that is being made available for them is the Mera Paksitan Mera Ghar scheme which allows them to buy houses at much subsidized rates. In this program the insurance of the property will also be free so that the overseas Pakistanis won’t have the fear of losing their capital. 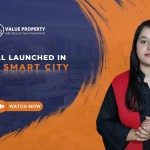 Property or Dower Rights in Pakistan in Light of Islam