Rawalpindi Development Authority (RDA) is operational since May 1989, formed under Punjab City Development Act 1976.  Currently the area of jurisdiction covers 311 square kilometers. Since, the population of Rawalpindi is increasing with a fast pace, making the city expand towards the southern region. Likewise, the number of housing authorities within RDA’s jurisdiction is increasing on daily basis.

RDA is doing an amazing job in this regard. They update the list of approved and illegal housing societies every 15 days. Housing society is only approved if it is compliant with the parameters laid by the body via Punjab City Development Act 1976, in toto. While all those societies which do not comply, stand unapproved.

ValueProperty has brought to you the lists of unapproved/illegal housing societies in Rawalpindi city.

Beware of fraud and scam projects of illegal housing societies. This is the slogan of RDA raised in order to curtail this illicit business of fetching investments from the population. RDA has also issued a list of societies that are not compliant with RDA.

In addition to these, RDA has also issued the list of illegal societies that fall in the proper jurisdiction of District Rawalpindi. The list of these societies is given here,

The dynamics of real estate investment are changing every day. When the prospects of business grow, the amount of fraudulent activities also increases simultaneously. One has to keep check on such projects before practically investing the capital in any of the projects. You can cross check the status of the society in which you are going to invest through ValueProperty, or through the website of Government of Punjab RDA. 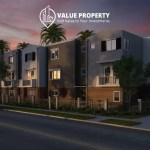 Things to Look For in a Property Before Making a Choice 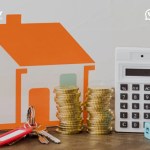