Horizontal mobility is a very real concept and everyone tends to relocate when it comes to their professional and personal growth. The associated concept of urbanisation is also in motion, and the urban influx specifically in Pakistan grows so rapidly. Although Pakistan is an agricultural country and almost 58% of the revenue that is generated on-premise comes from agriculture, in one form of the other. Still individuals from different sections of the society tend to leave their villages and move towards the city centers and towns in search for better life standards and greater job and business opportunities.

If you are someone who wants to relocate to a new city in order to get a job or start your own business in the metropolitan then there’s no better option than the metropolis. But there is always a confusion that we have seen among the people planning to relocate and that is where can they reside in? Whether they should move to Islamabad or Rawalpindi?

Although the distance between Rawalpindi and Islamabad is not more than 12 km and that’s why they are called twin cities, both the cities are poles apart. In terms of hustle, sceneries, mode of transportation, quality of life, both these cities are very much unlike. That’s why we have created this useful paper to differentiate between two cities on the basis of various parameters. If you also want to know them, please read through the lines to have a better and deeper insight of what are the differences between the twin cities, and who wins among Rawalpindi Vs. Islamabad.

Islamabad is one of the most serene and eco-friendly types of an area where you will find clean and green atmosphere everywhere. The capital city of Pakistan is also famous worldwide because it is one of the most beautiful capitals that any country has. It is all covered with green mountains of Margalla, and the trees everywhere purifies every gram of the oxygen that you breathe in.

While on the other hand Rawalpindi doesn’t have much of the greenery and the environment isn’t so serene. The streets are not that wide within the city and the greater hustle and bustle, that any city center would have, can be found here too. But, you can find different parks, food areas and local markets and mandis all over the city.

Islamabad is a well-developed and planned city that is governed by the most distinguished organisation working in Pakistan, CDA. The Capital Development Authority (CDA) leaves no stone unturned to keep it up to the mark. Planned carpeted roads can lead you anywhere in the city without taking much of the hustle, while the buildings and high-rises in the city allure everyone that visits the capital.

On the contrary, Rawalpindi is an ancient and historical city. Rawalpindi has a century old history and the rich culture that it has is plausible. The ancient streets and architecture of the city attracts the tourists much and also it is greatly loved by the people residing within. This is one of the causes that people who live in Rawalpindi never want to shift to any other city, whatsoever.

Cost that you Pay to Stay

Islamabad is an expensive city to live and this is something that the world knows. The rents, bills, and the other utility prices that you pay just to exist are way higher than rest of the country. The prices may go higher if you stay at a place that is more at the executive part of the city.

While as an example, you can find cheaper properties easily in Rawalpindi. This is due to the reason that the city is not fully developed and the side skirts are still empty. You can find a property well-constructed and comparatively newer in the city and that too in quite reasonable pricing.

Traffic is one of the major factors that any individual will consider before moving to a particular city for the sake of changing their home address. Every one of us hates traffic and no one wants to get stuck in it for hours.

Islamabad is a planned city and the entire infrastructure developed in the city is planned. Roads are wide-paved and the streets are also not very congested. That’s why it happens very less that you get stuck in the traffic jam, as it has very minimal flow of traffic and the traffic keeps flowing throughout the day.

While on the other hand, the city hustle in Rawalpindi is way more than that in Islamabad. You can find the bicycles, hand carts and animal carts on the very busy streets too. Apart from that, the city is also very congested in general and the traffic is often jam packed. It may take hours sometimes, to cover a distance of very few kilometers in your car.

Islamabad is the capital city of Pakistan, and there are various elements of national interest all within the city. Like, you can find embassies, red zone, PM and President’s office and residencies in the city. Every state has the prime motive to protect these elements and this is the reason why you can always find great deployment within the city. This makes the overall atmosphere of Islamabad safer and more peaceful for living.

However, this thing is same in both the cities. Presence of Military Head Quarter makes the overall city more peaceful and secure to reside in. Also, the safe city project, Punjab Police and Tactical Action Group (TAG) are making the utmost efforts to make the city safer to live in.

Other Amenities of Life

Both of these cities, being the most developed cities in Pakistan are loaded with the amenities that one requires for life. For health, you can find a huge number of hospitals working in the cities. For education, many colleges and universities are built. While for transportation, you can find various government operated and private services that ensure safe and comfortable travelling within or intercity.

Also, the mall shopping is in wide trend in both these cities and you can find a great many number of shopping malls in both cities. Apart from that, local vendors and markets are also in profusion that you will never run short of the options from which you can choose what appeals you the most.

Every city has its own pros and cons, and every emigrant considers different parameters before relocating. Here we have tried to pen down a concise and comprehensive run down of pros and cons on the twin cities, and where you can live among Rawalpindi vs. Islamabad. Also both these cities have tourist attractions for the visitors, and also are safe and secure to reside in. 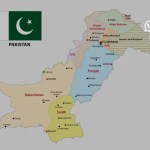 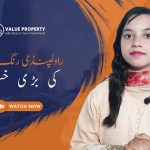 Rawalpindi Ring Road Project work will be started in August 2021